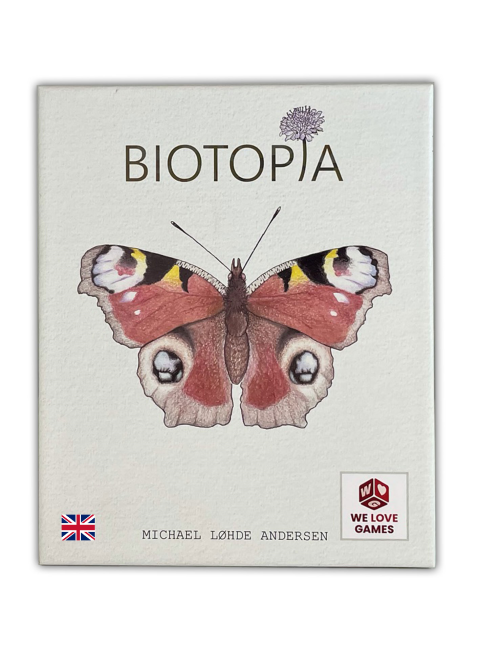 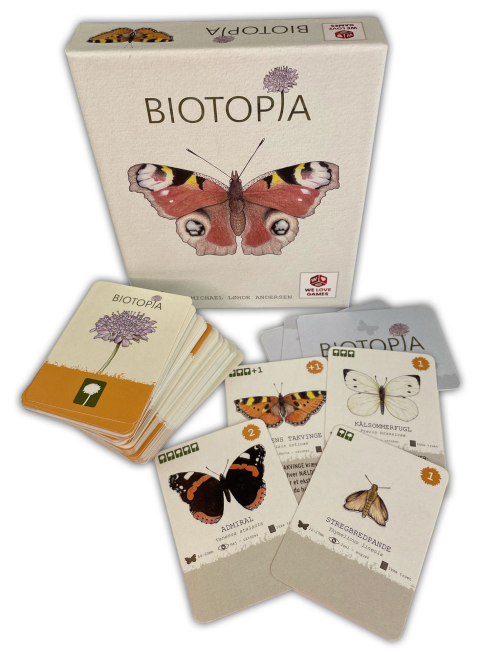 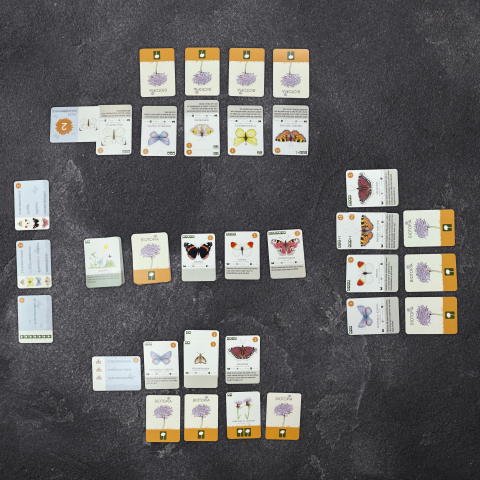 149,95 DKK
På lager
In the card game BIOTOPIA, players must compete to create the best flower garden and attract beautiful butterflies to win the game. But can you succeed before the others?


In BIOTOPIA players are butterfly enthusiasts, who are growing flower gardens to attract beautiful butterflies and thereby collect points.
The game consists of 105 cards. 100 special playing cards and 5 mission cards.

The game is played over a series of rounds, where players compete to get the most points. The Players earn points from playing butterfly cards from their hands and by completing missions. The last round is played when a player has scored at least 15 points. The round is played to completion
and the player with the most points win the game.
In BIOTOPIA cards can be played in two ways either face-down as a flower or face-up as either a butterfly, bio-card or double flower depending on the card type. An important part of the game is choosing which cards to play face up and which ones to play as flowers.

The Course of the Game
On their turn each player may take one Action. When a player has taken his/her Action, the next
player takes their action, and so forth.
Each player may choose between five different Actions on their turn:
1. Draw a card from the deck.
2. Take one of the three face-up cards from the Sky
3. Play a card from the hand as a Flower (face-down/Flower-side up).
4. Play a card from the hand face-up, but only if the player has the necessary number of
Flower symbols in their Flower row to play the card.
5. Take one of the Mission cards, but only if the player meets the Mission's requirements.
Once a player has taken a Mission card, they keep it till the end of the game.