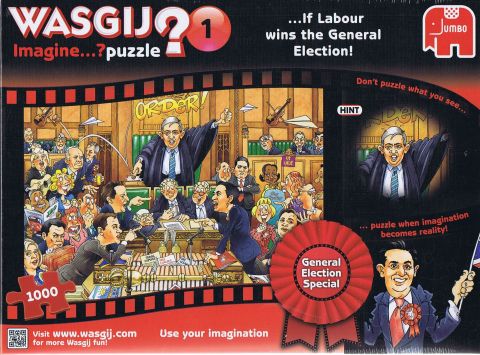 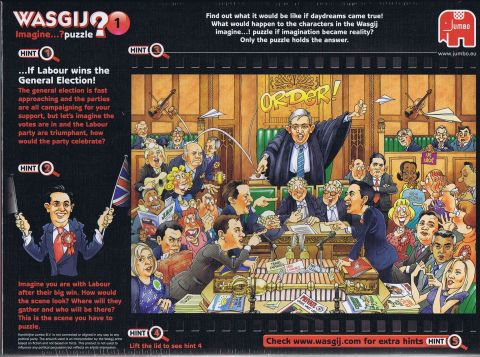 If Labour wins the General Election!

Find out what it would be like if daydrems came true!

What would happen to the characters in the Wasgij imagine...! puzzle if imagination became reality?

Only the puzzle holds the answer.

The general election is fast approaching and the parties are alle campaigning for your support, but let´s imagine the votes are in and the Labour party are  triumphant, how would the party celebrate?

Imagine you are with theLabour after their big win. How would the scene look? Where will they gather and who will be there? This is the scene you have to puzzle.