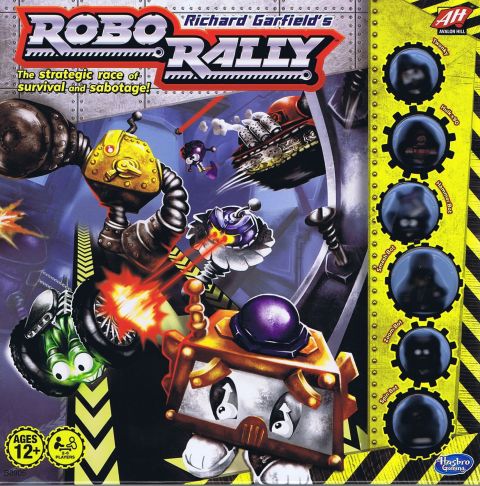 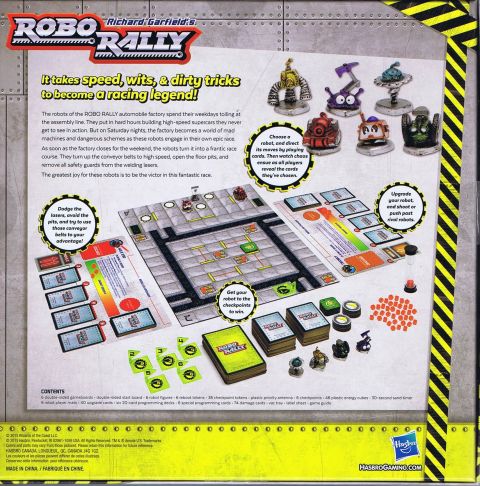 The robots of the Robo Rally automobil factory spend their weekdays toiling at the assembly line. They put in hard hours building high-speed supercars they never get to see in action. But on Saturday nights, the factory becomes a world of mad machines and dangerous schemes as these robots engage in their own epic race.

As soon as the factory closes for the weekend, the robots turn it into a frantic race course. They turn up the conveyor belts to high speed, open the floor pits, and remove all safety guards from the welding lasers.

The greatest joy for these robots is to be the victor in this fantastic race.

Dodge the lasers, avoid the pits, and try to use those conveor belts to your advantage!

Get your robot to the checkpoints to win.

Choose a robot, and direct its movers by playing cards. Then watch chaos ensue as alle players reveal the cards they´ve chosen.

Upgrade your robot, and shoot or push past rival robots.