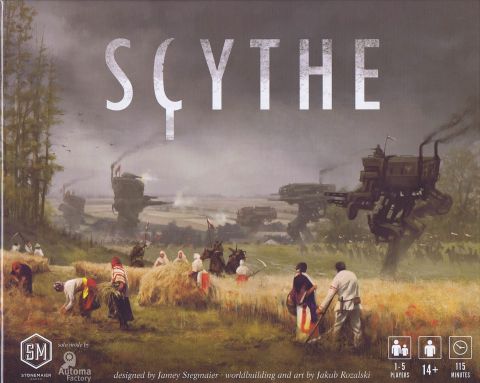 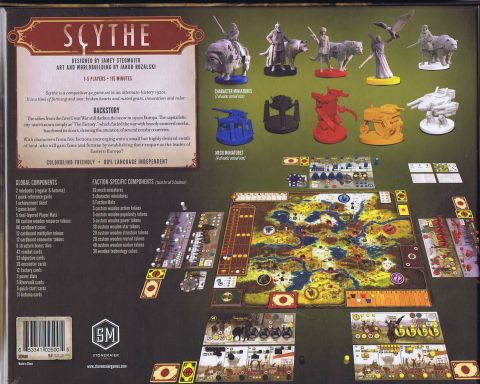 
Scythe is a competitive 4 game set in an alternate - history 1920s.

It is a time of farming and war, broken hearts and rusted gears, innovation and valor.

The ashes from the first Great War still darken the snow in 1920s Europa. The capitalistic city-state known simply as "The Factory." which fueled the war with heavily armored mechs, has closed its doors, drawing the attention of several nearby countries.

With characters from five factions converging onto a small but highly desired swart of land. Who vill gain farm and fortune by establishing their empire as the leader of Eastern Europa?