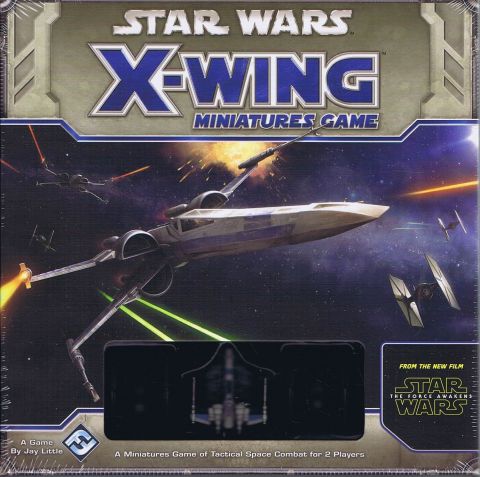 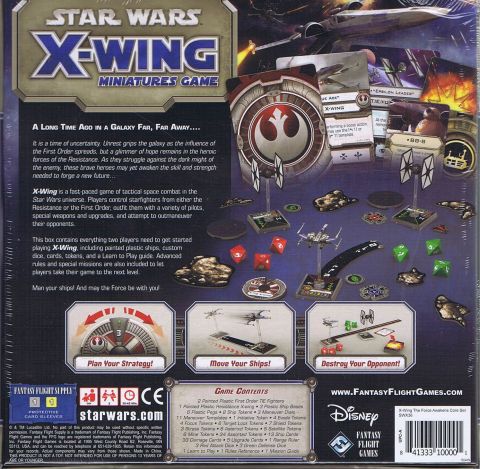 It is a time of uncertainty. Unrest, grips the galaxy as the influence of the First Order spreads, but a glimmer of hope remains in the heroic forces of the Resistance. As they struggle against the dark might of the enemy, these brave heroes may yet awaken the skill and strength needed to forge a new future...

X-Wing is a fast-paced game of tactical space combat in the Star Wars univers. Players control starfighters from either the Resistance or the First Order, outfit them with a variety of pilots, special weapons and upgrades, and attempt to outmaneuver their opponents.

This box contains everything two players need to get started palying X-Wing, including painted plastic ships, custom dice, cards, token, and a Learn to Play guide. Avanced rules and special missions are also included to let pplayers take their game to the next levet.

Man your ships! And may the Force be with you!